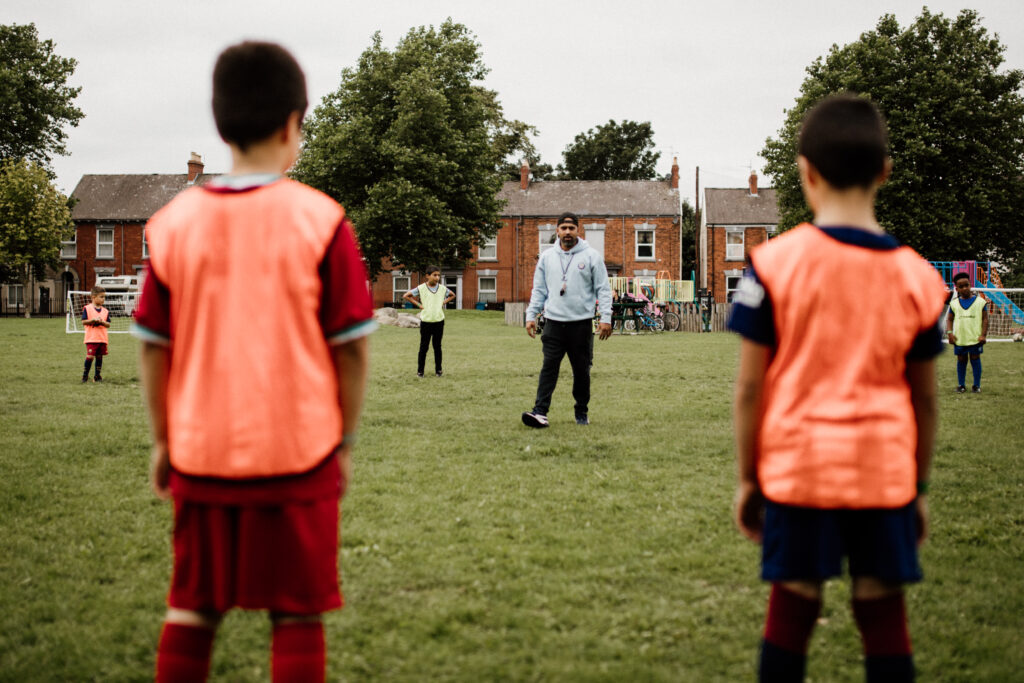 StreetGames knows that sport is about far more than physical fitness. We believe – and our network proves it day in and day out – that community sport, delivered in the right way, can have a transformational impact on young people’s lives and the communities they live in. With the right approach, sport can serve as a lever for real social change, offering young people positive alternatives and setting them up for the future.

In recent years, there has been growing attention on the power of sport in the context of community safety. Young people living in low income, underserved communities face real challenges and are more vulnerable to becoming victims or perpetrators of youth crime. And while the number of young people in custody remains at a record low, statistics show around 80 per cent of prolific adult offenders begin committing crimes as children – with the economic and social costs of reoffending costing an estimated £18 billion per year.

But we’re increasingly seeing how sports-based interventions can help break this cycle and provide the support and mentoring that young people need to begin moving down a better path. The recently published Chiles Webster Batson Commission report identified the ways in which sport can help young people to build positive pro-social identities, as opposed to anti-social ones, while StreetGames, working alongside Loughborough University, has been at the forefront of developing best practice in this area with programmes such as London Safer Together as well as collaborations with PCCs and Violence Reduction Units from Greater Manchester to the West Midlands, and from Derbyshire to Plymouth.

It’s an approach that has been given a further vote of confidence this month following the announcement of a new Ministry of Justice-funded programme providing £5 million to deliver sports programmes focused on preventing youth crime and anti-social behaviour. The funds will support voluntary and community sports organisations to carry out targeted work supporting children and young people who are at risk of entering the criminal justice system. The funds will be distributed by a new consortium, which is being chaired by the Sport for Development Coalition and involves leading sector experts the Alliance of Sport in Criminal Justice and StreetGames.

The goal of the fund is to engage and support vulnerable young people at risk of involvement in crime, anti-social behaviour and serious violence, and to build stronger connections between the sport sector and criminal justice partners to coordinate the support for them into positive life choices. Part of the programme will also involve training sport organisations to use sport, physical activity and mentoring to better meet the needs of the most vulnerable young people in their communities.

This investment will primarily be targeted at the “secondary cohort” of vulnerable young people aged 10-17 across England and Wales. Secondary prevention supports children and young people who could be considered to be at-risk of entering the justice system due to particularly challenging circumstances or additional vulnerabilities. This includes those at risk of school exclusion, those experiencing complex safeguarding issues, and those identified by the police as being vulnerable, or already being involved in anti-social behaviour, as well as a more targeted approach to young people who are vulnerable as a result of the area where they live, i.e. those living in areas with high rates of youth crime or in the bottom 20% for deprivation, where children are at greater risk of being perpetrators or victims.

Interventions will be tailored in such a way that they can provide additional structure to support a pro-social approach and to reduce the risk of involvement in anti-social behaviour, violence or gang activity.

With nearly 1,000 expressions of interest since the programme was launched last week, it’s clear there’s a huge appetite amongst community sports organisations to be able to deliver more of this focused community safety work, and a real belief in the power of sport to help young people to make positive life choices and stay on the right side of the law. Sport, provided in a safe, supportive environment, gives young people a sense of belonging, and exposes them to diverse, positive role models. It builds confidence, teaches new skills, and perhaps most importantly it offers these young people a safe space to go, with trusted mentors who can give them the support they need and which too many of them aren’t getting elsewhere.

We welcome this significant commitment from the Ministry of Justice to preventative approaches, and are excited to be working within the wider consortium to support this vital programme.